A new gas inter-connector will connect the city of Niš with the Bulgarian capital Sofia. This will considerably contribute to energy security and a cleaner environment in Serbia. The projected capacity of the gas pipeline will allow for the transfer of 1.8 billion cubic metres of natural gas annually. Beginning of the construction is expected later during the year, after selection of the contractor and the supervision of works. Finalisation of the gas pipeline is being planned for the beginning of 2023. This is the outline of a major project of the European Union in Serbia.

With a EUR 25 million loan from European Investment Bank (EIB) secured and initial EUR 49.6 million of non-refundable EU IPA funds granted to the Serbian side of the gas pipeline Niš-Sofia, financial foundations for the construction are now set.

The EU Delegation to Serbia is actively facilitating progress on this priority project in close contact with the Serbian authorities. With its projected capacity the new gas pipeline will provide additional 80% capacity increase relative to Serbia’s current gas needs and largely increase the overall security of natural gas supply. The new Niš-Sofia gas pipeline will boost the diversification of energy sources in Serbia and the Western Balkan region, and reduce dependency on one dominant supplier. This pipeline will also allow easy gas access for citizens and businesses of Bela Palanka, Pirot, and Dimitrovgrad – three towns that previously have not had access to gas. 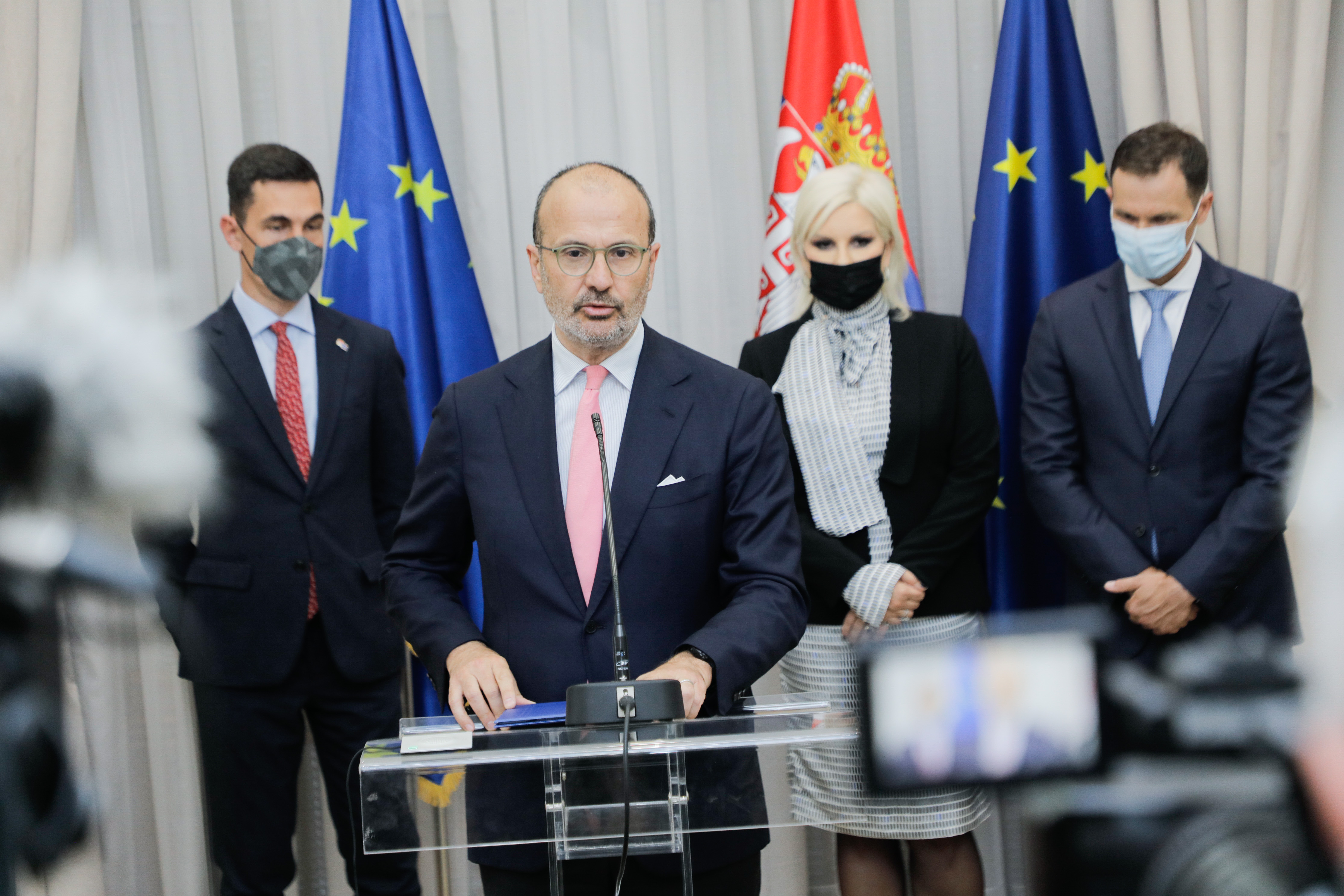 The Head of the EU Delegation to Serbia, Ambassador Sem Fabrizi underlined: “This is a big step forward towards realisation of a high priority project which has several far-reaching objectives: Firstly, the increased diversification and security of energy supply in Serbia. Secondly the strengthening of regional cooperation to contribute to a well-balanced socio-economic development. And thirdly the pursuing of energy transition and a healthier environment. I welcome this project also as key part of the wider Serbia’s strategy to complete the ongoing liberalisation of the gas sector, an important commitment to further advancing Serbia in accession negotiations with the EU.” 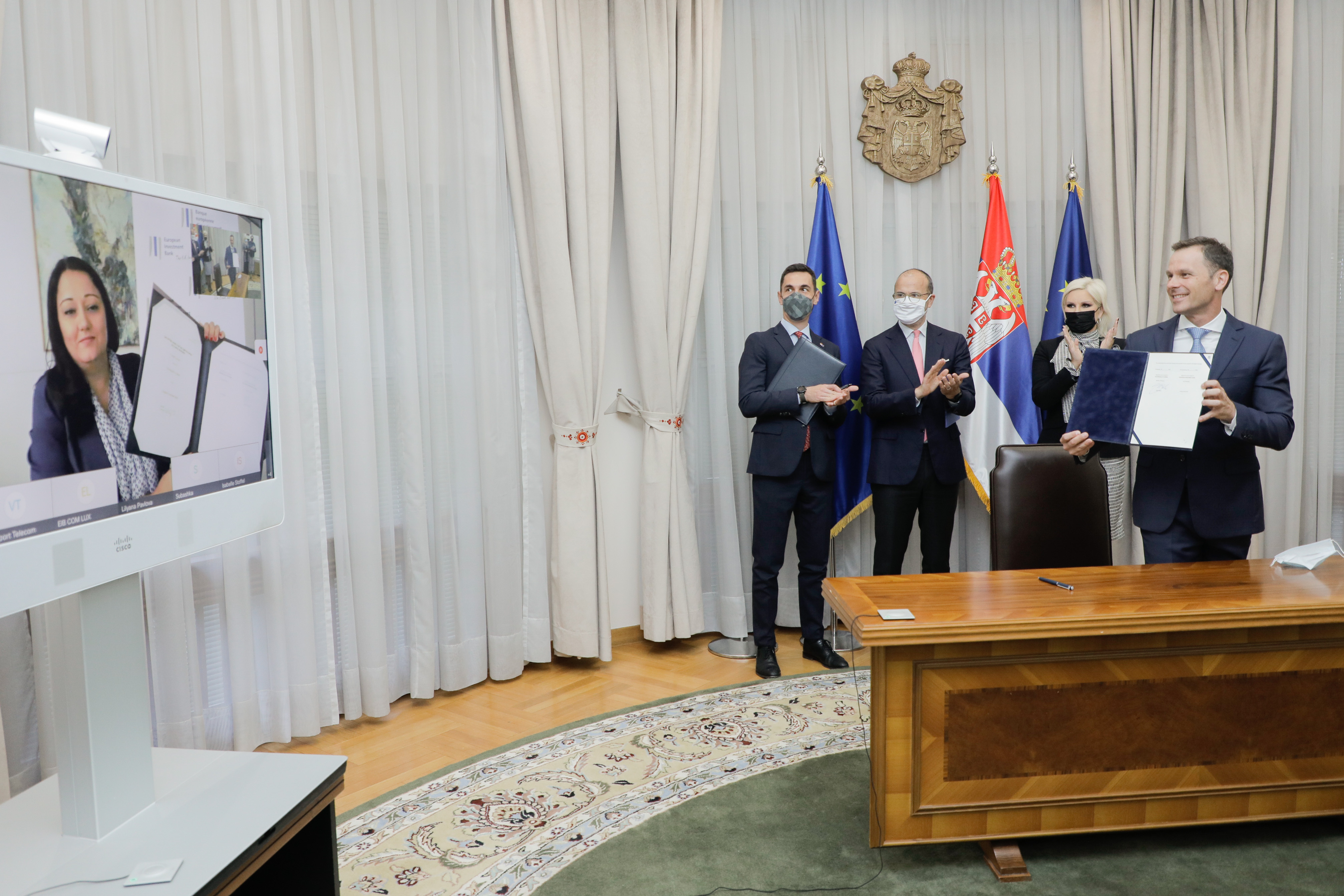 “The European Investment Bank is supporting the energy transition in Serbia and around the world. As part of the EIB Energy Lending Policy agreed in 2019, we committed to supporting a few selected gas projects already under appraisal, before moving to renewables-only lending from the end of 2021. That’s why the EIB is pleased to provide EUR 25 million to back the construction of the Serbian side of this interconnector, a priority project for the European Union, and the Central and South Eastern Europe Gas Connectivity (CESEC) initiative, contributing to strong, prosperous and developing Serbia, a goal shared within the Team Europe. With this investment we confirm the importance of supporting the energy transition in Serbia and the whole region,” said Lilyana Pavlova, European Investment Bank Vice President responsible for lending operations in Serbia.

Minister of Finance of the Republic of Serbia, Siniša Mali said: “Investments in infrastructure are of great importance for Serbia, specifically in the energy sector because they contribute to the security of gas supply and the diversification of supply routes and suppliers. The Serbia-Bulgaria gas interconnector is very significant in this context and we therefore express our gratitude to the European Investment Bank for helping us to conclude the financial arrangements for this project today. These kinds of projects normally contribute to higher economic growth, which is particularly important amid the fallout of the coronavirus pandemic. That is why Serbia has provided substantial funds for the public investment budget, which has reached a record level of 7.2% of GDP.”

Deputy Prime Minister of the Republic of Serbia and Minister of Mining and Energy, Prof. Dr Zorana Mihajlović stated that signing the loan agreement with the EIB, with the previously approved EU grant, practically finalizes the financial framework for the construction of the Serbia-Bulgaria gas interconnection. “After the diversification of gas routes, Serbia’s goal is to also achieve the diversification of suppliers. The Nis-Dimitrovgrad gas pipeline, whose construction should start this year so that the pipeline can become operational by 2023, will enable Serbia to be supplied with natural gas from other suppliers, from LNG terminals in Greece, and from the TAP and TANAP gas pipelines that are part of the Southern Gas Corridor, and possibly from the Eastern Mediterranean gas pipeline, with gas from the Leviathan field, i.e. Cyprus and Israel. Construction of the Nis-Dimitrovgrad gas pipeline will significantly increase the energy security of not only Serbia, but also the whole region.”